Buddy McGlothlin is an ordained minister of the gospel. Anointed with the passion to teach the word of God, he has an insightful and motivational style of sharing Christ’s message of encouragement and love.

God touched Buddy’s life at the young age of 13 with the inspiration to become involved in ministry. The tragic death of his father allowed the world to crush his personal and spiritual dreams until he gave his heart to the Lord on June 28, 1996. His reunion with Jesus Christ forged two lives together with the love and compassion to reach out to those who desire more of God. 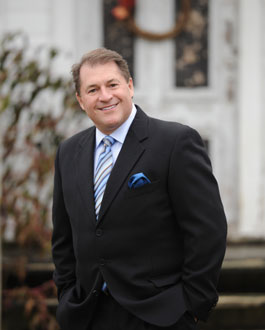 Buddy and Veronica became a team, with Christ at the center of their lives. His teachings became the canvas that would become the spiritual work, Dove Song Ministries.

Through Dove Song Ministries, Buddy has been involved in Men’s ministries and television since 2000. His heart’s desire is that all would be touched by the same power of God that delivered him from years of drug and alcohol abuse. Buddy’s testimony reaches to the very heart, allowing all to see how the enemy attempts to destroy lives.

Buddy joins with his wife Veronica in conferences and healing services. Together, God has joined two people with diverse backgrounds to empower His children with knowledge and truth from His Word.

Buddy and Veronica reside at Cedar Bluff, Virginia with their two daughters, Elyssia and Lauren-Rose. 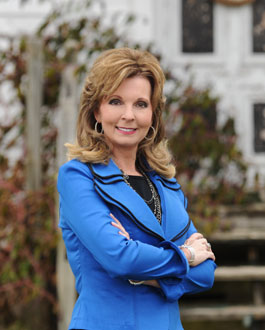 Veronica McGlothlin is an ordained minister with a rich lineage of anointed ministers, musicians and song writers.

At the age of three, she knelt by her grandmother, Margaret Collins and was filled with the Holy Spirit.

God continued to develop her gifts and talents at the Big Rock Pentecostal Church where her grandfather, Rev Collins, was the pastor. These were deep teachings that would prepare her for God’s call.

The ministry of the Collins’ family consisted of tent revivals and camp meetings. Veronica was always a part of these services. Still, very young, she would sing solo behind the pulpit. Her strong voice would ring crisp and clear and express God’s deep love for His people.

Buddy and Veronica established Dove Song Ministries in 1997. They minister and sing in churches through out the United States. Veronica has expanded the ministry with women’s conferences and Christian seminars.

The local Christian radio station asked her to host a weekly program entitled “Woman to Woman”. After six months, she and Buddy were asked by Living Faith Television to host “One on One”. “One on One” is solely dedicated to restoring hurting broken lives.

God uses Veronica mightily in the gifts of healing, deliverance and prophecy. Her ONLY desire is to be in the perfect will of God and uplift His Kingdom.